One of the first universities to include an art faculty in Western Europe, the University of Louvain was founded in 1425 with the support of a papal bull issued by Pope Martin V as a Studium Generale. Until the independence of Belgium in 1831, this ancient university was conducting its instruction in Latin. In 1971, following the rise of the linguistic divide and communitarianism between French-speaking and Dutch-speaking Belgians, the University of Louvain was split into two autonomous entities: the Katholieke Universiteit Leuven (KUL) which would remain on the premises in Flanders and the Université catholique de Louvain (UCL) which would move to a nearby purpose built city (Louvain-la-Neuve). In 1972, following this separation, the absurd and Borgesian partition of more than one million books from the Central Library started. The collection was split up "equitably" with even numbered books going to the French-speaking UCL and odd numbered books going to the Dutch-speaking KUL.

The installation presented here, entitled Exonymie, consisted in the reconstruction of a shelf from the pre-1970 original library. This shelf was then re-stocked by reuniting 1000 books from each library, bringing together the previously separated even and odd volumes. These 2000 books represent a re-assembly bringing side by side books that hadn't touch each other for more than 40 years; the oval stickers on their spines still reflecting the original call number classification.

The exhibition included a workshop made in collaboration with Palestinian artist Nida Sinnokrot on the question of communitarianism in Belgium and the notion of border. Our guests were: Véronique Caye, Jean-Christophe Lanquetin, Jérémy Tomczak, Nina Støttrup Larsen, Emmanuel Lambion and Pathy Tshindele. Lectures by Herwig Lerouge, Hendrik Pinxten (vooruitgroup) and Louis Van Hove were also proposed. 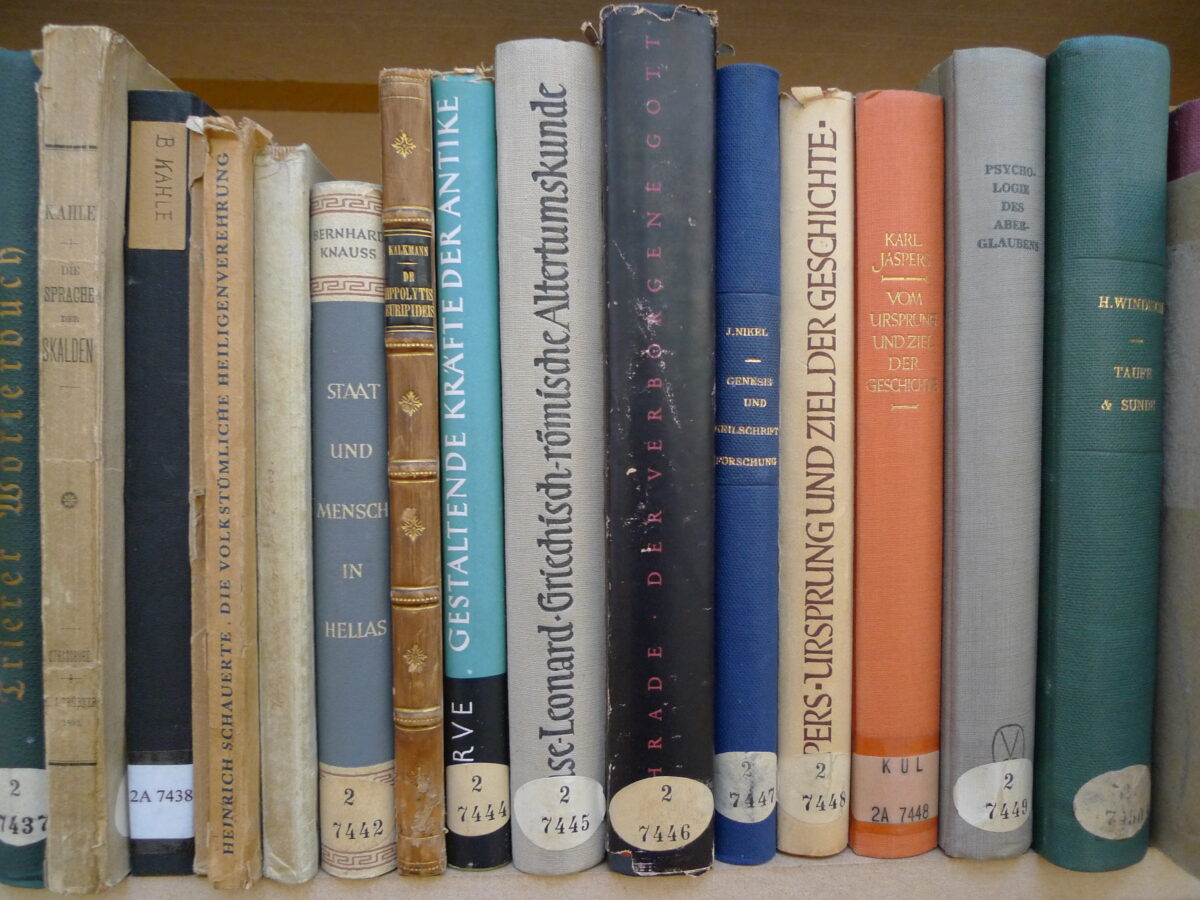 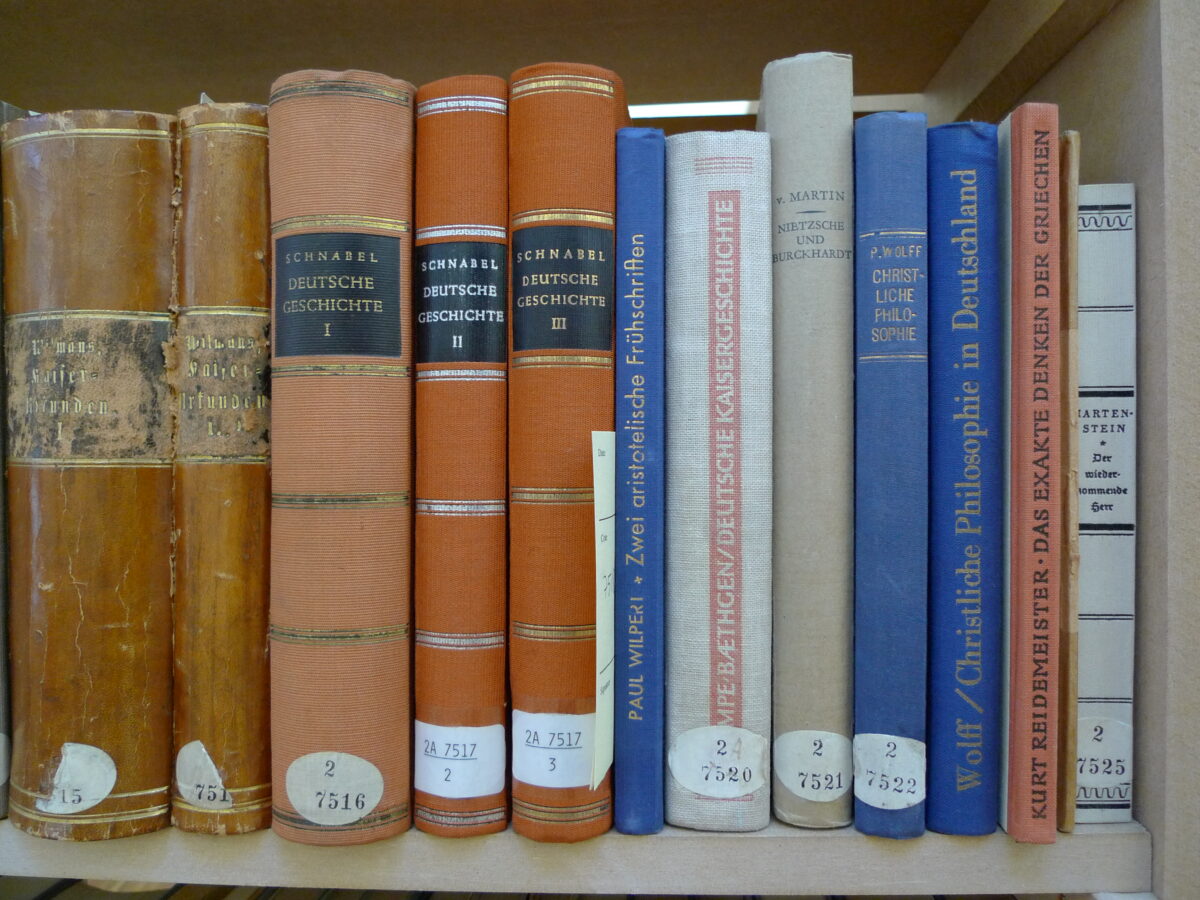